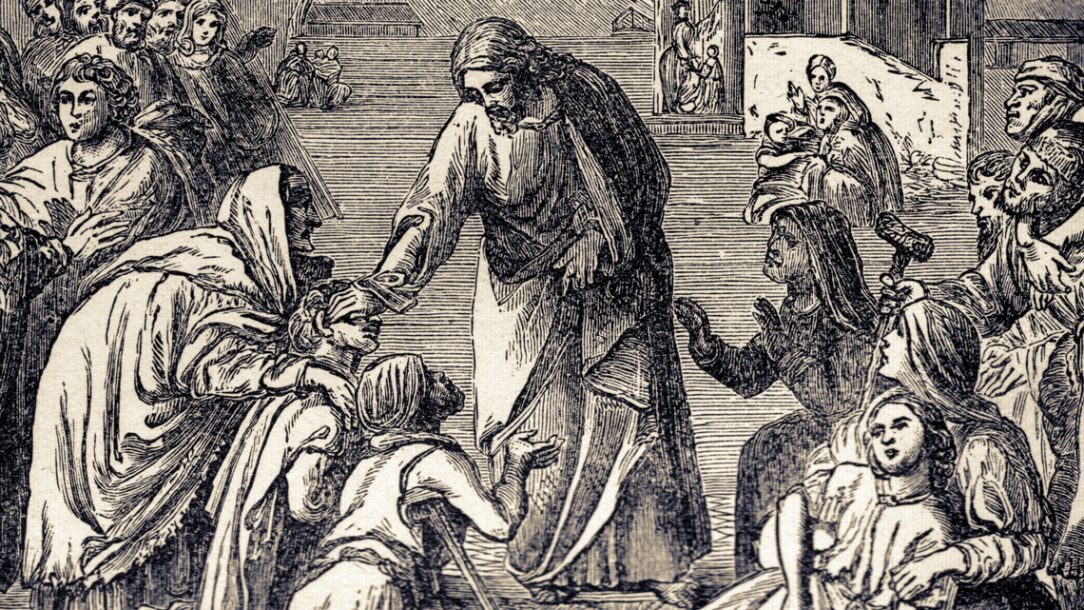 Preaching experts will tell you, “When you are preaching, you don’t need to empty your entire warehouse on the showroom floor.”

Focus on the Main Ideas of the Text and leave out the rest.

Leave out the rest of your finer details in your tomes of notes, otherwise you will afflict your congregation with some rather tedious 5-hour long sermons.

I’ve always tried to heed that maxim, though at times, it causes me to leave out some insights that I would consider really “cool”–just like a recent sermon of mine.

I preached on Matthew 9:35-38, on Jesus’ model of evangelism–of sharing the “Good News” of God’s salvific inbreaking into history in the person and work of Jesus. In the sermon, I discussed how Jesus models for us four things–going to all peoples, preaching to all peoples, praying for a harvest of all peoples, and most movingly, having compassion for all peoples.

As Matthew writes, “Seeing the people, Jesus felt compassion for them, because they were distressed and dispirited like sheep without a shepherd” (Matthew 9:36).

Obviously, this text tells us something about the heart of Jesus. As Emil Bruner writes, “Jesus’ mission is not motivated by His disgust for people because they are such sinners… but by the simpler fact of Jesus’ compassion for lost people.”

I think highlighting this visceral, deep compassion of Jesus is Matthew’s main focus. But one thing that I did not mention in my sermon, but left in my “exegetical warehouse,” was another significant fact this verse communicates about Jesus.!

Read verse 36 again. The phrase “like sheep without a shepherd” says something significant about Jesus’ person and Messiahship. Matthew’s verbiage here is purposeful. He’s recalling a key Messianic text in the Old Testament–Ezekiel 34.

In Ezekiel 34, God’s people are floundering in exile in Babylon. After experiencing God’s judgment some 600 years before the time of Jesus, the Jews find themselves forcibly removed from the Promised Land, with every single essential pillar of their faith removed.

Why? Ezekiel tells us in Ezekiel 34. Read the entire chapter. It’s powerful.

God lays the blame for the exile at the feet of the false shepherds of Israel—primarily the kings in the line of David, who had forsaken the people, and led them astray spiritually. Instead of tending the flock, feeding them, protecting them, these “shepherds” had consumed them and scattered them.

But God promises to deliver His flock once again (v. 22). How? In Ezekiel 34:23, God specifies: “I will set over them one shepherd, My servant David, and He will feed them; He will feed them Himself and be their shepherd.”

Fast forward some 600 years to our text in Matthew. When Matthew states that Jesus has compassion on the people because they were “like sheep without a shepherd,” he identifies Jesus as that promised Shepherd of Ezekiel 34. In fact, Jesus is the Good Shepherd (John 10:11), who not only cares for His sheep and loves His sheep. But He also lays down His life for His sheep (Isaiah 53).

And we who believe, we who are part of His new covenant people, are part of that loved and shepherded people.

Come to think of it, maybe I should have brought that out of the warehouse!